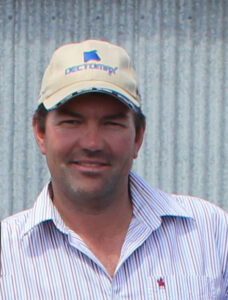 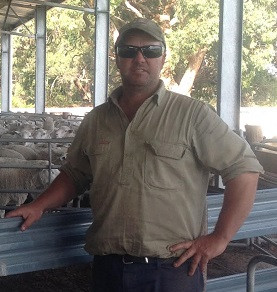 Former first cross ewe producer Stuart Shand has had an interesting journey looking for a sheep with fertility and structure with the hardiness to handle wet conditions at Langkoop in western Victoria. But he reckons he has found his ideal sheep in the stucturally sound and highly fertile, dark-nosed and black-hooved Chromedales from Matt & Tanya Tonissen, south of Hamilton. Read More >>

"Chromedale blood ewes have continued to outperform all other ewe options for production, hardiness & temperament"

Sheep were a minor part of the Mallee cropping operation, but when Kevin made his move south he started buying sheep to stock the Heathmere farm, trying serval types & breeds, including First cross, Composite and Coopworth ewes. Kevin has found a one-stop shop for reliable high performing maternal and prime lamb genetics at Chrome Sheep Studs. Read More >>

Vasey sheep producers Phil & Jan Rees are typical woolgrowers who have had to change their enterprise from Merinos to crossbreds to survive. Read More >>

“ICON Poll Dorsets offer our lamb business the desirable traits that contribute to higher yielding carcasses and high quality skins when mated to either our 1st x or maternal composite ewes. We are always impressed by the large selection of high quality clean faced Poll Dorsets with superior hind quarter muscling and conformation.”

"We have been using Chrome maternal genetics since 2008. Our goal at Coolibah has been to develop a consistent line of maternal ewes which are hardy and profitable. Chrome rams have enabled us to expand out flock, producing healthy robust ewes with increased fertility and superior mothering ability. They are a pleasure to own and manage."

The Perendale flock at Langi Kal Kal farm near Beaufort, Victoria, has undergone a significant transformation since the introduction of Chrome Sheep Studs maternal sire genetics in 2008.
The physically small and genetically underperforming flock had been run as a sideline to the successful Langi  Langi Kal Kal stud Angus cattle herd, but a focus on the property’s production output had put a spotlight on the older style genetics being used.
“The lambing percentages and growth rates of lambs in the flock were just not good enough,” Langi Kal Kal Farm Supervisor Mark Steele said.
The farm sought to improve the flock genetics and focus on lifting its production, which led it to a Chrome stud sale five years ago.
“After some research the Chrome composites were chosen,” Mark said, “And there has been a big improvement in those (production) areas since.”
The 1012-hectare farm joins 2200 ewes annually and the flock is now almost entirely composite sheep. Visual selection is used to ensure the flock’s evenness and Mark said it was now clear the selection process – which splits ewes to joining between a Chromedale sire and a terminal sire – was paying dividends in the returns on lambs.
“We select for a consistency of type visually, identify ewes with twins, and early maturing types to get our flock to a very high production level, and really push those high fertility, early maturing traits,” Mark said.
“We are seeing that pay off because we have been able to secure contracts for our lambs. In the last two years that has been to produce a 22 kilogram lamb to fulfil contracts to Coles.”
Lambing begins annually on August 1, and Mark said the early maturing trait was ensuring the composite lambs were reaching their 22kg contract weight requirement within 120 days.

"We are certainly meeting our targets for weights, and the flock fertility is improving through the use of the Chromedale composite genetics." 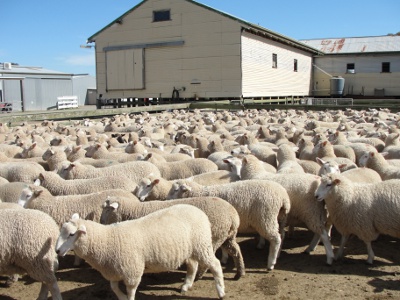 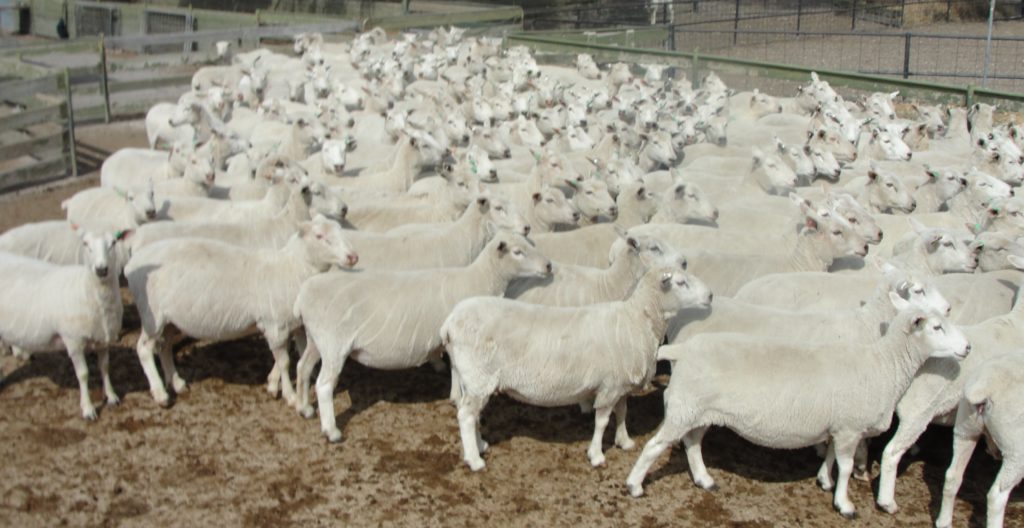 Chrome client, Cheryl Alexander & her farm manager, Chris Draffin from Bo Peep near Ballarat have defied the odds in a year where district lambing percentages have been down considerably for most producers, mostly due to the tough summer & autumn. the use of Chromedale maternal rams, coupled together with their good management has enabled them to mark 146% lambs in their mixed age ewes from a scanning of 163%. Their ewe lambs scanned 146% and marked a whopping 110% which is as good as result as I've heard of. (Lamb marking results quoted are to ewes joined). In an area where 1st X is "King", results like this inevitably have the neighbors starting to look over the fence and are a credit to the management of the genetics they are using. 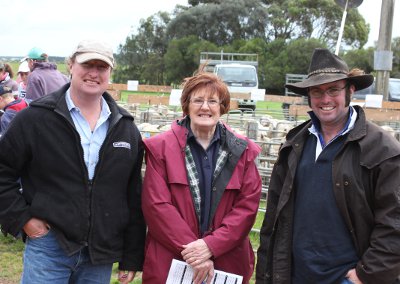